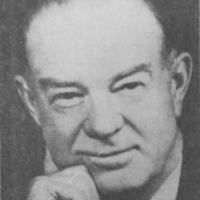 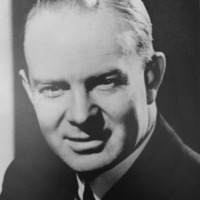 After graduating from Whitman in 1913 and Columbia in 1914, Paul Garrett became a member of the New Jersey State Chamber of Commerce, worked for the War Industries Board and the New York Evening Post, and eventually became the Director of Public Relations for General Motors.

Garrett believed in the power of using good management to improve standards of living for everyone via increased efficiency and industry growth.  He spoke at Whitman’s 1947 commencement ceremonies about the importance of management in a speech titled “If I Had Your Chance,” noting:

“I entered Whitman in the belief that the most respected professions to which an ambitious young man might turn were the classical professions of law, medicine and theology.”

“Management is not a title. Nor is it a salary bracket. It is a state of mind that needs to be assiduously cultivated.”

When he died in 1980, Garrett left a $5 million gift to Whitman College, which was credited to Whitman’s 10 year $50 million fundraising campaign.  A few years earlier, he also used $1 million to establish a trust at Whitman for scholarships and teaching fellowships, and “for the purpose of extending the pre-eminence of Whitman College in the development of future leaders of business and society.”