As a physical space on campus, Whitman’s library had modest beginnings, occupying one room of College Hall. The library room, according to the Walla Walla Watchman, measured a 21 ½ by 22 feet. Today, Penrose Memorial Library occupies close to 100,000 square feet of space to house the collections and provides students a place for study and research 24 hours a day.

The library moved to Memorial Hall in 1900, occupying by 1920 one-half of the first floor and one fourth of the first floor. Given the crowded conditions in Memorial, President Stephen Penrose had been advocating for a dedicated library facility. When funding was not available, the temporary solution was to build a wooden shack on the west end of Memorial. Chester Maxey would later note of this structure in his book The World I Lived In that “it would have been hard to find a barn in Walla Walla Country more barnlike that this hideous and dilapidated library annex” (250).

Despite a general animosity toward annexes, this was not the last one Whitman’s library would occupy. In 1934, the library was moved to Reynolds Hall. As this building was not originally intended to be used as a library, as the collections grew, the weight of the books began to structurally damage Reynolds. This time a concrete annex was appended to Reynolds Hall, which according to librarian Ruth Reynolds was “not a thing of beauty.” (quoted in Edwards, Tradition in a Turbulent Age, 273).

With leadership by President Maxey and generous donations by several trustees, Penrose Memorial Library gave the library a permanent home in 1957. Maxey called it “the first step in the fulfillment of a dream that is more than 70 years old” (Edwards, 276). Classes were cancelled on a spring day in 1957 so that students could help transport books to the new facility.

Two major additions have been made to Penrose over the years. First, the Stuart Memorial Wing was added in 1974, greatly increasing the overall space of the library. And in 2000, the Allen Reading Room, an entrance facing Ankeny Field and more study space were added. 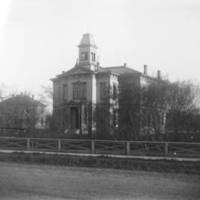 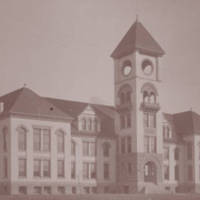 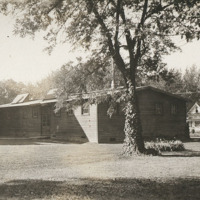 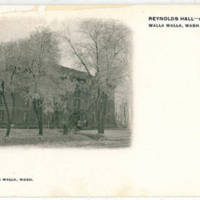 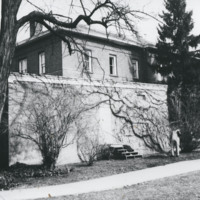 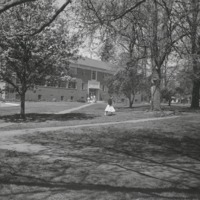 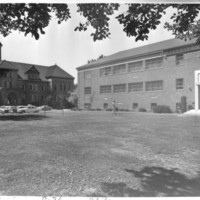 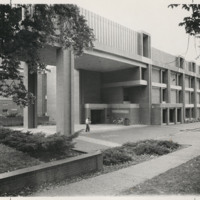 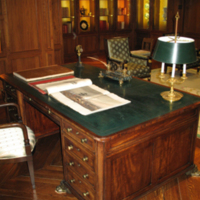 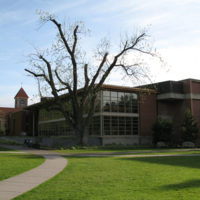 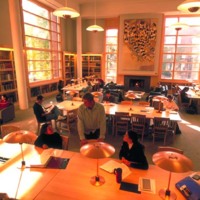 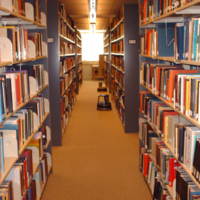