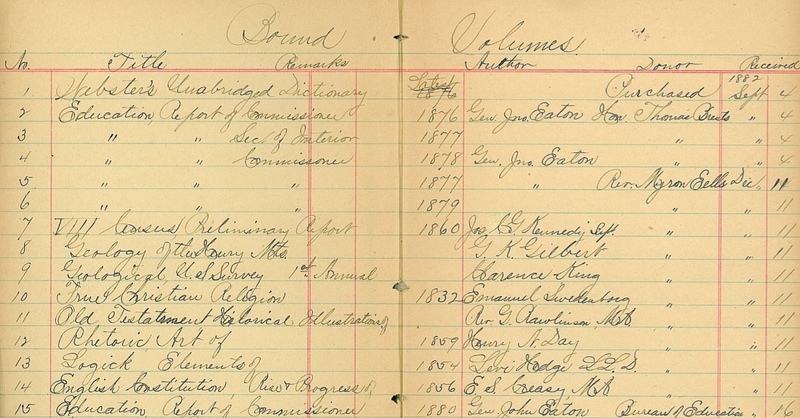 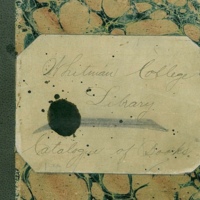 Cover to the original library catalog, 1882 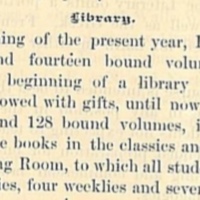 Description of the library from the 1882-1883 course catalog 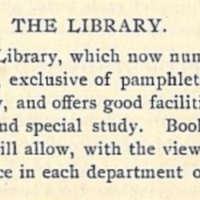 Description of the library from the 1894-1895 course catalog

Description of the library from the 1920-1921 course catalog 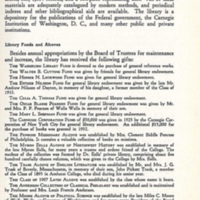 Description of the library from the 1943-1944 course catalog 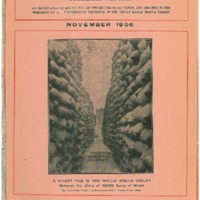 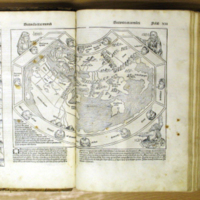 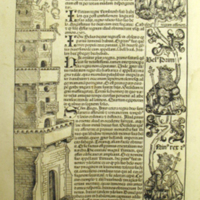 A page from the Nuremburg Chroncile depicting the Tower of Babel

When Whitman College began offering courses in 1882, the library had four books: a dictionary and three educational reports. Myron Eells, brother to Whitman’s founder Cushing Eells, offered $25 and 14 books. The original library catalog, shown above, notes Eells’ donated books beginning in line 5; they were received in December of1882.

More donations followed, and by the time the course catalog was published in 1883, the library claimed 128 bound volumes, 128 pamphlets, and a Reading Room, housed in College Hall, which received “two dailies, four weeklies, and several monthlies.” By 1894, the course catalog boasted over 4,000 volumes, “exclusive of pamphlets,” and commented that “books are added as rapidly as funds will allow.”

Under the close care of many thoughtful librarians, the collections continued to increase dramatically. By the 1920s, the library claimed 29,625 books, 21,000 pamphlets, and 3750 bound and 200 currently received periodicals. By 1943, these numbers grew to 74,700 bound volumes, 89,700 pamphlets, and 9400 and 400 bound and received periodicals. As seen in buildings, this prodigious growth necessitated moving the collection between several buildings until the first dedicated library building, Penrose Memorial Library, was built in 1957.

Today, the library has 500,000 bound volumes, and while it still has thousands of pamphlets and periodicals, we are more likely to note our 40,000 unique journal titles and 160 databases, including dozens of digitized primary source collections. Additional highlights include the Whitman College and Northwest Archives, which curates materials documenting the history of the college, and the region, and houses rare books, such as the Chronicle of Nuremburg, printed in 1493, shown here.

While counting volumes and databases is one measure of a library’s value, the library’s overall role is to encourage and develop students’ life-long ability to find, decipher and use information, both in print and digitally, and to support the faculty in their scholarly work and teaching.