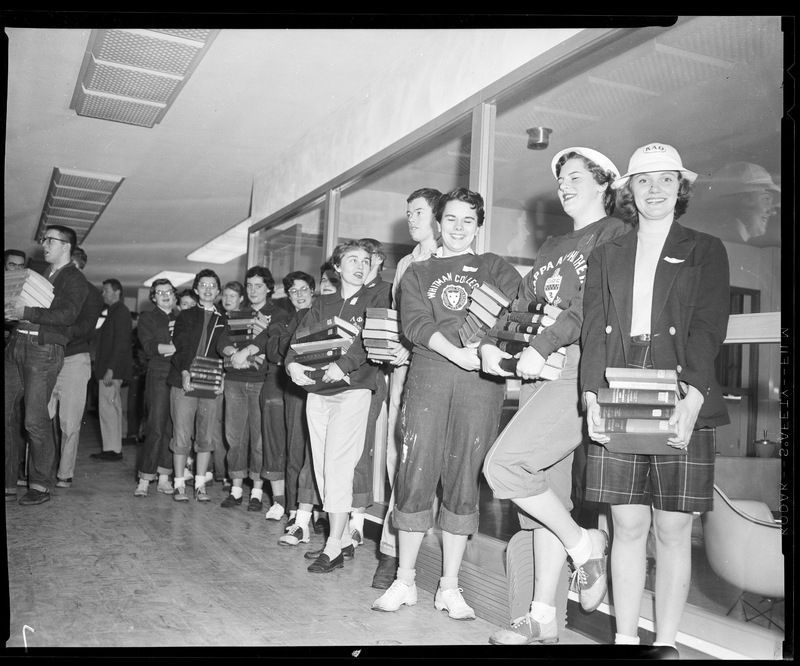 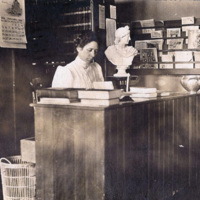 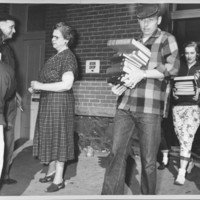 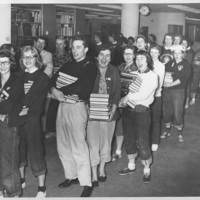 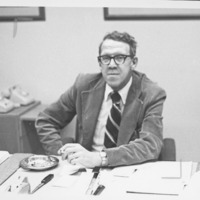 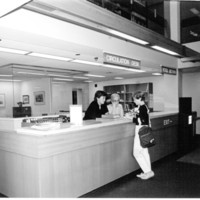 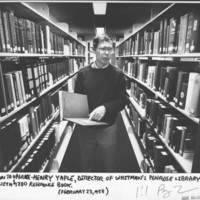 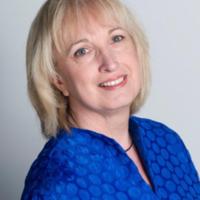 The collections and buildings of Whitman’s library would be nothing without the stewardship and training of many dedicated librarians. The first professionally trained librarian at Whitman was Arminda Fix, a Whitman alumna, who served from 1899-1917.

Another prominent figure in the history of the library was Ruth Reynolds, the College Librarian from 1931-1965. She ensured the safe transfer of the collections through several buildings on campus to their permanent home in Penrose Library. She also was praised upon her retirement for her dedicated efforts to preserve the college archives and Northwest history collections; President Perry also complimented her “heartfelt loyalty to the cause of independent higher education” (quoted in Edwards, Tradition in a Turbulent Age, 345).

Arley Jonish followed Reynolds as College Librarian, and he oversaw the expansion of Penrose to include the Stuart Wing. A publication describing the new wing expressed the library’s objective “to be aware of the best traditions and best current developments in librarianship, in order to anticipate the present and future demands of the academic world,” and also stressed the primary mission of the library to support and participate in instruction. While much has changed since then, this underlying mission remains.

Jonish was succeeded in 1988 by Henry Yaple, who oversaw the expansion of the library in 2000. During his tenure, a number of changes occurred in the library landscape. Though they now seem commonplace, they were novel at the time, including a move to online catalogs, scholarly literature databases, and web-based services. Current College Librarian Dalia Corkrum has continued the emphasis on digital collections and pedagogy in the library, expanding electronic journal and database subscriptions and increasing the role of librarians in information literacy instruction across the curriculum.