The Whitman LGBTQ+ Oral History Project, hosted by the Whitman College and Northwest Archives, was founded in 2019 to document and preserve the story of the LGBTQ+ community at Whitman College. Due to the small-town nature of the college, the written record of the early years of LGBTQ+ organizing at Whitman was limited. The original gay student groups were confidential and off-campus. Only in the most recent decade have the majority of LGBTQ+ Whitman students been out of the closet. To fill out a spotty historical record, this project was planned to address the gaps in Whitman’s community history through oral history interviews. We hope to provide the LGBTQ+ community here with a sense of connection to our shared past.

Whitman College in 2020 has a significant LGBTQ+ student population, many of whom see the college as an overall safe and accepting place. Yet, it has only been about 30 years since LGBTQ+ issues became a point of concern on this campus. Marginalized students, especially students of color, working class students, and trans students, continue to face their own difficulties and discrimination at Whitman, even as the college has become safer for others. By creating space for LGBTQ+ students of all walks of life to share their stories and experiences, we hope to reveal both the progress that has been achieved and the changes that still need to be made to Whitman’s campus and community. Through oral history, we can combine a variety of perspectives in order to create a more complete narrative of Whitman College and our community’s future.

Most images found on this site (on the pages, in the galleries or linked in the timeline) can be found in the Whitman College and Northwest Archives, in WCA118: Whitman College LGBTQ Collection.

Whitman College's previous LGBTQ+ groups, Coalition Against Homophobia and GLBTQ, began a SafeZone program in about 1996. This program followed other such projects that had tried to educate the community on LGBTQ+ issues and build support networks for LGBTQ+ students. SafeZone posters were put up by students, staff and faculty to indicate that they were supportive of LGBTQ+ community members. This version of the poster design was used from the 2000s up into the late 2010s. 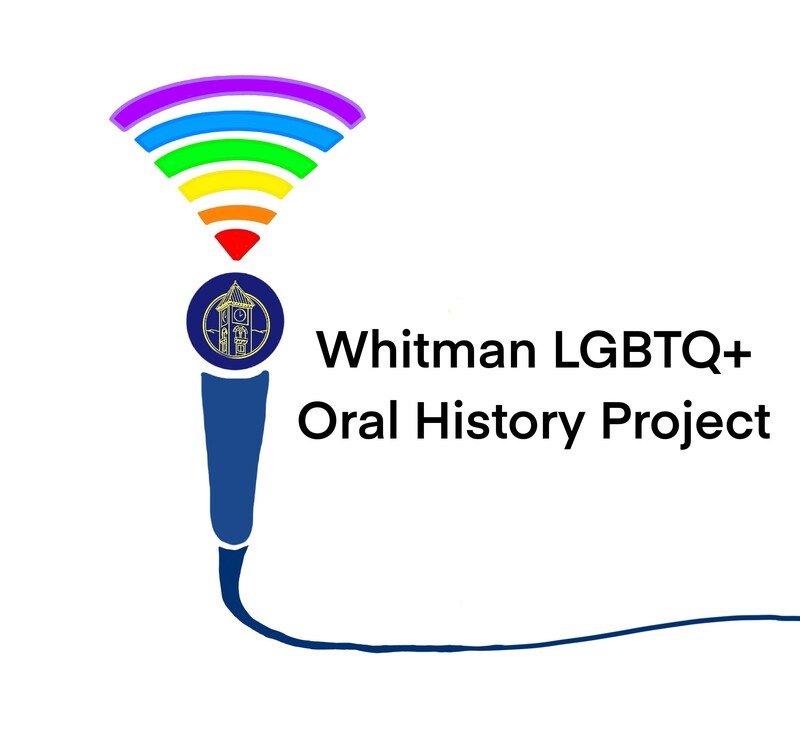